NON-VIOLENCE IS THE PATH

International Symposium on Wednesday, 19 September 2018 from 9 – 12 in the science and congress centre “darmstadtium” in Darmstadt, Germany

In many countries of this world we experience that democratic rights such as freedom of expression are shrinking and being oppressed. Authoritarian regimes are expanding, also in Europe. Activists in their resistance for human rights are facing state violence on a daily basis. How can we resolve conflicts today without entering the spiral of violence and counter-violence?

The non-violent resistance of Tibetans against Chinese occupation and the search for a peaceful resolution to the conflict are an important example not to give up.

His Holiness the Dalai Lama consistently points at the significance of the Tibetan freedom struggle and calls upon his fellow Tibetans to restrain from the usage of violence. He is the living symbol of Tibet’s struggle against Chinese state repression and an ambassador of peace recognized by the world.

On 19 September, the Dalai Lama will have a conversation with international representatives about non-violence as a path.

/ Rebecca Johnson, Representative of the International Campaign to Abolish Nuclear Weapons (ICAN) – Nobel Peace Prize Laureate 2017
/ Lech Wałęsa, former labor activist, former President of Poland and Nobel Peace Prize Laureate 1983. Wałęsa is one of the leading figures of democratization in East-Europe.
/ Claudia Roth, Vice-President of the German Parliament, long-time supporter of self-determination for Tibet and member of the board of advisors of Tibet Initiative Deutschland e. V.

At the beginning of the event, there will be two presentations

/ What is currently the importance of non-violent movements?
Presentation of Sinisa Sikman, leader of OTPOR organization, which lead the protests against President Slobodan Milošević. Today Sikman is a counselor and trainer for non-violent movements.
/ What is the current situation in Tibet and the Tibetan freedom movement? Presentation by Dhardon Sharling, Secretary of the Department of International Relations and Information of the Tibetan government in exile (CTA)

After the panel discussion, there is a Q&A and people from the audience will get a chance to ask questions.

The dedicated and award-winning TV journalist Dunja Hayali will moderate the event. 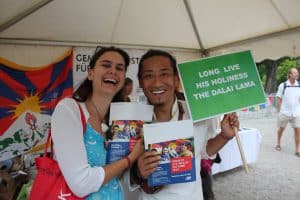 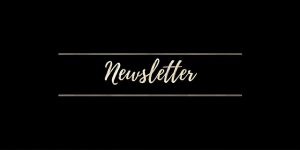